A Drop of Love-Memoir of Saint Teresa

‘A Drop of Love: Memoir of Saint Teresa’ is an exceptional and the most inspiring book written in recent times on the life and works of Mother Teresa of the ‘city of joy’, Kolkata, India.  The personal experiences  of the author M G Devasahayam IAS, with Mother Teresa is shared in a personal narrative without exaggeration and without distortion.
It is a tale of so many suffering people from the ironically stated “City of Joy- Kolkata where Mother Teresa started and lived out her life of dedication.
The passion, the love and the secret behind Mother Teresa’s success  is evident from the factual and coherent presentation by the author.  One single book that can change the way each of us look at success in our personal life. Social, Religious and Political leaders who have adopted her love for the people in general and the suffering poor in particular, her strategic expression of compassion and the stoic virtue of unstinted service, became successful in their respective spheres of leadership.
This book is a call to the leaders who are unable to nail the reasons behind their failure. This book, if read and applied in life with sincerity, can bring out all the success that the leaders have been longing for. The book makes you fearless and courageous to follow your passion just as it had inspired the author himself.  In short, it is a secret recipe  meant for all who want to lead with love in any sphere, big or small.

What They Say About the Bestseller…

Devasahayam has given us a first-hand account of the ‘drop of love’ that fell on the city beautiful. As Chandigarh’s Chief Commissioner at that time I witnessed and participated in Mother Teresa’s great act of compassion and solace for the lesser children of God. My children were in awe of her presence. She lit a torch, and forged a path for others to follow.

I have moved with Mother Teresa and Devasahayam. It is natural they came together and brought this ‘Drop of Love’ to Chandigarh. It is a great gift to the City-Beautiful perceived as rich and materialistic where poverty is juxtaposed with prosperity. Devasahayam’s book is a scintillating account as to how the drop became a soul that the city sorely needed.

Devasahayam says things as they are. That is him. No embellishment, no distortion. He has given us his memoirs, pivoted on the mission of Saint Teresa, a soldier’s and an officer’s testimony of his complex and often deeply disturbing times. In doing so, he has given us invaluable insights into many remarkable personalities and many events, some sublime, some sordid, some sad but all of them real.

I know Devasahayam from the Academy days of IAS. He has had the capacity and the perspicacity to recognize great opportunities and moments, which pass other civil servants by. They seem to narrow down their obligations to official mandates alone. His personal narratives about Mother Teresa-and JP earlier-are an offering-informative, refreshing and absorbing.

Devasahayam’s book gives a riveting narrative of how Mother’s ‘drop of love’ travelled from Kolkata to Chandigarh, giving it the missing ‘soul’ of love and compassion…I was a witness to his heroic efforts to turn that ‘drop’ to a ‘stream’ at Shanti-Dan…The volume should inspire all who look beyond their profession to sow love among those who crave for it.

During my official stint in Chandigarh I had the opportunity to work with Devasahayam to assist Mother Teresa in setting-up Shanti-Dan. Looking back there is a sense of satisfaction and fulfillment. Devasahayam’s book captures the happenings in all its beauty…His narrative is literary and choice of words is straight, simple and appropriate coming direct from the heart.

World over Mother Teresa the ‘saint-of-the-gutter’, now a ‘saint-in-heaven’ invites us to wipe the drops off tears shed every second-each different but together forming an ocean of despair and desolation-that cries out for mercy and compassion. She calls us to take the plunge. Candid, simple and profound, Devasahayam’s Book brings the Mother flesh & blood at Chandigarh. A must read.

The legendary Le Corbusier gave Chandigarh its expanse and beauty but the city got its ‘soul’ from Mother Teresa’s ‘drop of love’. I, with my husband Arun participated in Devasahayam’s relentless efforts to make this happen. The Book invokes the many emotional and courageous experiences of a dedicated and fearless civil servant who left no stone unturned to serve the poor and the suffering.

There are no reviews yet.

Only logged in customers who have purchased this product may leave a review.

Add to cart
Added to wishlistRemoved from wishlist 0
Add to compare
Add to cart
Featured!
₹160.00

Do You Know You book

Add to cart
Added to wishlistRemoved from wishlist 0
Add to compare
Add to cart
₹175.00

Add to cart
Added to wishlistRemoved from wishlist 0
Add to compare
Add to cart
₹175.00 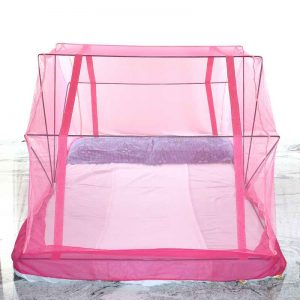 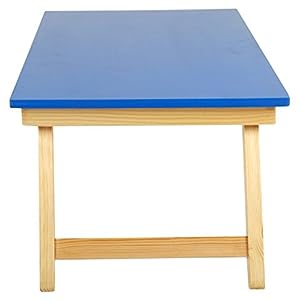